I’m not sure if other crafters have this problem (and I’m not sure if it’s really a problem), but it seems to Mom and I that as soon as they find out we do a particular craft (ie, knitting, sewing, etc), they try to give us stuff.

“Oh you knit? Here’s all my grandma’s old needles. We didn’t know what to do with them after she died.”

Admittedly, this isn’t near as bad as the people who ask you to make stuff for them for the price they can get it at Walmart.

And we’ve been given some very nice things, including a few of Mom’s vintage machines.

But the other day, one of Mom’s coworkers asked if she wanted a some fabric for quilting. His father was in the process of cleaning out the house and had a whole box full.

Mom said yes, and the next day,  he brought it to work. But it wasn’t a box of mixed fabrics, like Mom expected. And it wasn’t really for quilting… 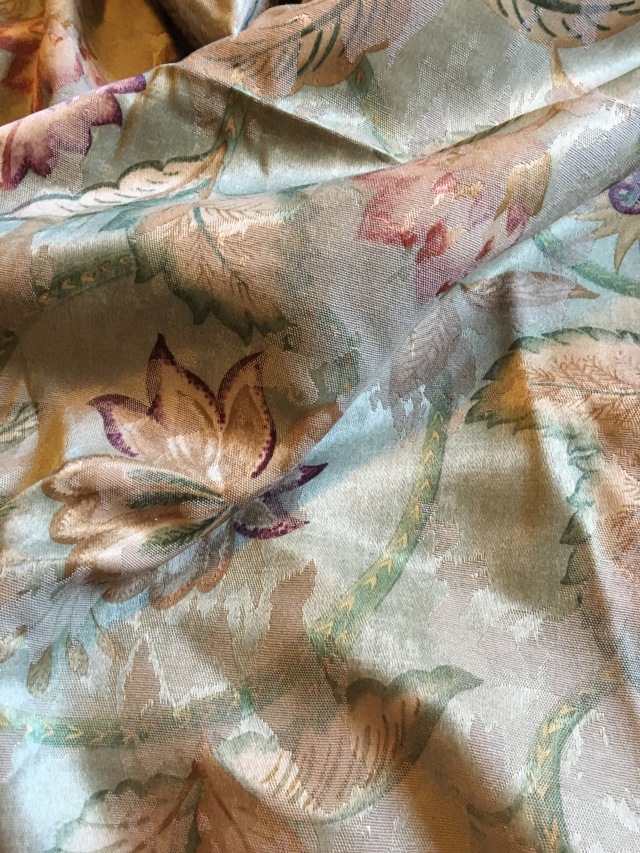 It was yards and yards (and YARDS!!!) of this pretty floral jacquard. And I mean yards… I don’t know exactly how many, but I’m thinking it was enough to recover a couch, loveseat, and armchair… with fabric leftover.

Mom had no idea what it was originally intended for, or even what she could do with it. She brought it by my house, and I quickly realized it would be a good match for my living room, and I was in need of new curtains for the sliding glass door. The cats are notoriously hard on curtains, so I usually just stick with $10 panels from Giant Tiger.

I had some time on the weekend, so I set to work.

And after removing the cat several times, I had two big pieces cut and ready to sew. I didn’t do anything fancy, just hemmed the edges and made a big rod casing on top. In no time, they were done and on the back door 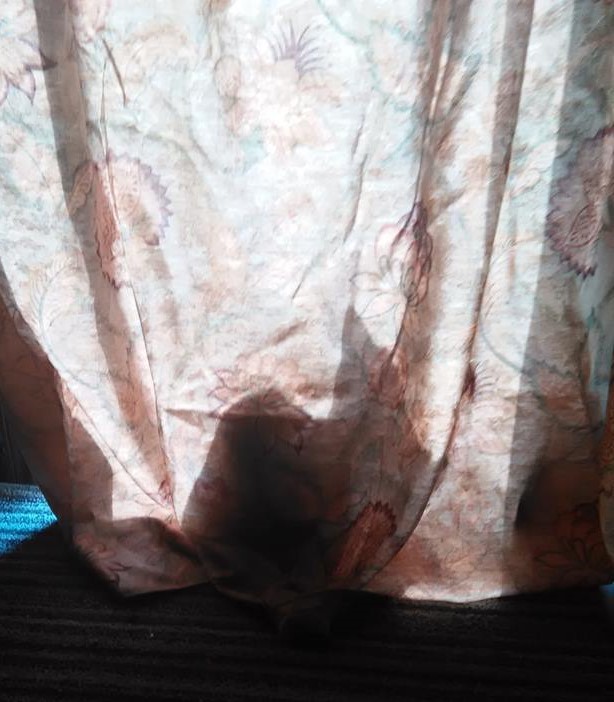 Within a minute, Rupert was testing out their tenting capabilities (they passed with flying colours. 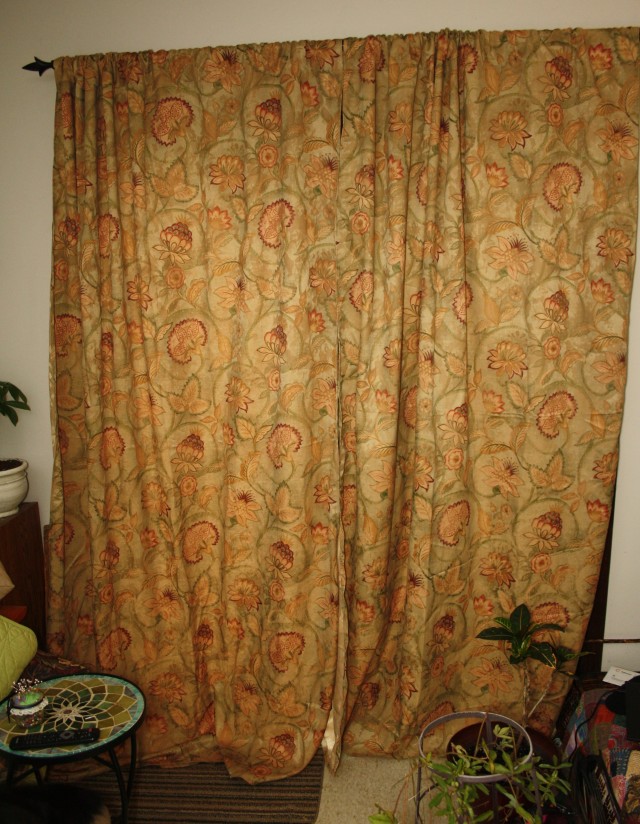 I still have to decide what I want to do for tie-backs (I’m leaning toward the metal ones that you just hook the fabric behind), but I’m very pleased with the nice, simple result.

The only problem…. there’s still scads and scads of fabric of left… and I have no idea what to do with it all!