Last week, Mom was lamenting that Winnie kept trying to escape every time she opened the door.
It’s not so much that Winnie wanted to run away… she just wants to run with the big dogs, who are always playing outside.
So, on the weekend, I packed up Burton’s old kitten harness and a leash, and headed up to Mom’s. 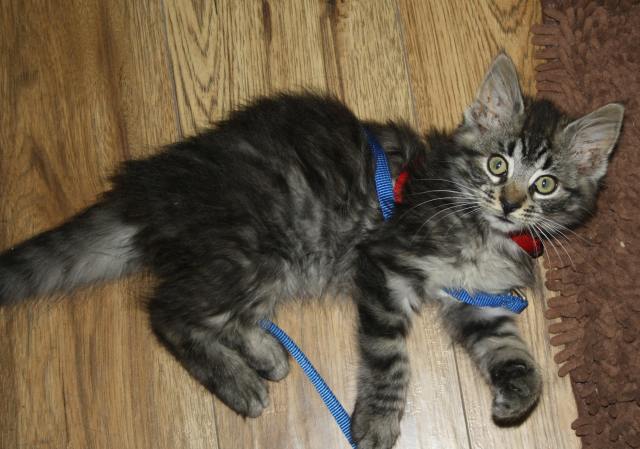 Like all cats, at first she did a lot of rolling and wiggling to try and get the weird contraption off. 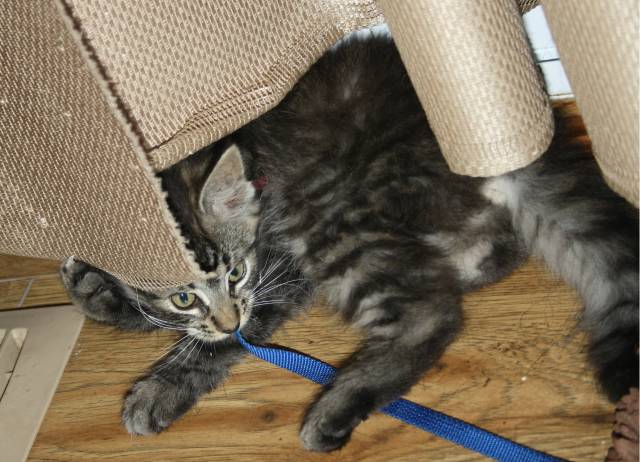 Then she decided the leash was a good toy.

But once we got her outside, she was far too distracted by all the wonderful new things to worry much around her new outfit. It’s still a touch big for her, but for the way she’s growing, it won’t be long before we have to start lengthening those straps.

She seemed to love the feel of grass beneath her feet, and it wasn’t long before she was munching on it.

A little play time with her best friend.

I’m going to have to get some video for you guys next time I’m up there, because watching Winnie and Jem play is hilarious. Winnie does not seem to realize that Jem is a billion times bigger, and Jem is surprisingly gentle for such a big clumsy Lab.

Winnie gets quite rough, but Jem loves every minute of it.

Jem is only two and a half, so she’s still got quite a puppy-ish attitude. And poor old Lady just isn’t up to playing like she used to.

So these two have become fast friends.

10 thoughts on “Mini Winnie in the Wild”