As you may recall, I’m on vacation this week. Usually my vacations are pretty mellow affairs. Some sewing, some knitting, some gardening, and maybe a day out thrown in the mix.

But so far, this one has been a bit of a whirlwind.

It started bright and early one morning with a three hour trip northward. I packed Dory up and Mom and I headed to reunite the Johnson 5.

We had a wonderful day in the pool with my sister-in-law, and nieces. 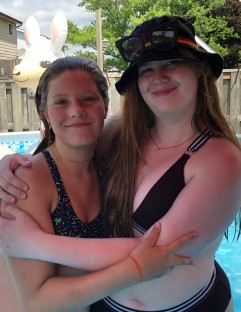 My brother cooked us a fabulous dinner and then we hit the road for another three hours driving home.

I fully planned on sleeping in the next day…

But as soon as the birds started chirping (or at least not long after), Dave woke me up and conscripted my help at his Grandma’s in Mississauga (about 40 minutes away). 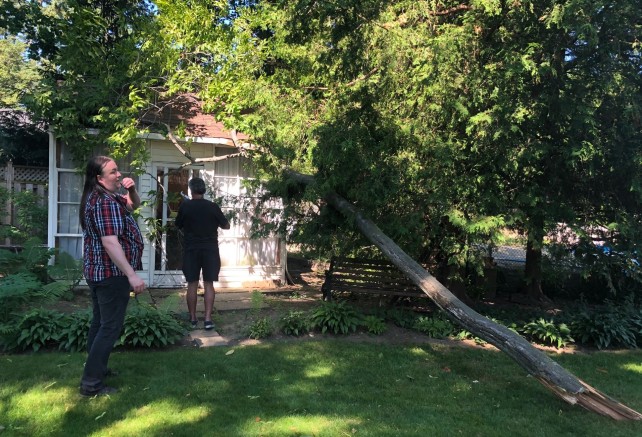 A 50-year-old beech tree had dropped a rather large branch on her garden shed. Thankfully no one was out there when it happened, and other than some very slight damage to the roof, the shed is fine. But that branch (limb really) is a MONSTER.

Dave and his uncle attacked the leafy end branches with a sawsall, and tossed them my way. I broke them down with a pair of large clippers into manageable pieces the garbage men will take to the compost facility. 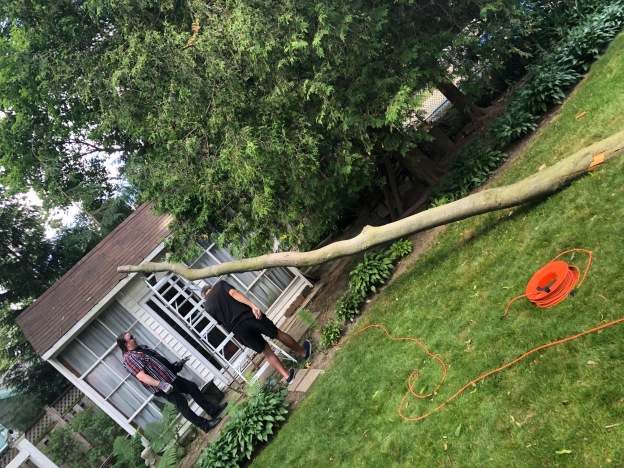 Once denuded they still had to get it off the roof. It was heavy, but with a little ingenuity, and the help of the ladder for support, they managed. 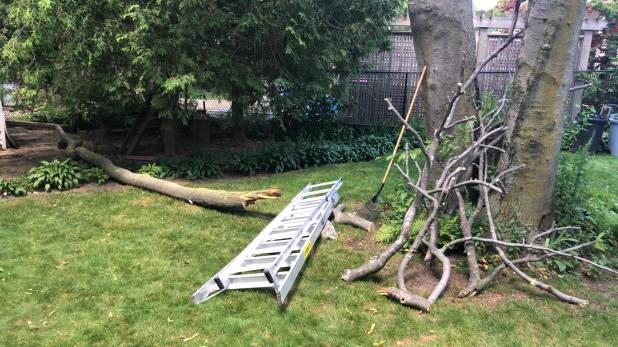 Now it, and the branches that were too thick for the clippers, are awaiting Dave’s other uncle, who has a chainsaw.

The very next day, were up up early AGAIN – hopping into Dory for another road trip (this one 2 hours one way).

Through Kijiji, Dave found a guy with a bumper for his Bonneville. Pontiac didn’t make Bonnevilles for the Canadian market in 1967, so parts can be very hard to come by.

This very nice gentleman had a mansion (yeah, a literal mansion) with a very large shop that had somewhere between 15-20 classic Pontiacs in varying stages of restoration. Dave was in heaven. 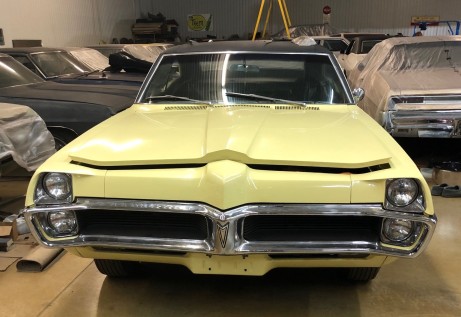 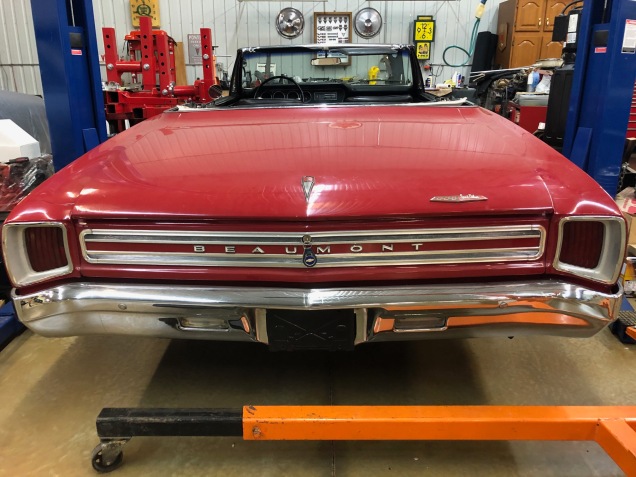 I think Dave wanted to move in. And I would have happily driven away in that Beaumont (if it had an engine… which it didn’t).

Now I’m hoping that’s all the driving I’ll have to do for the week.. but at this rate… who knows! I need a nap!